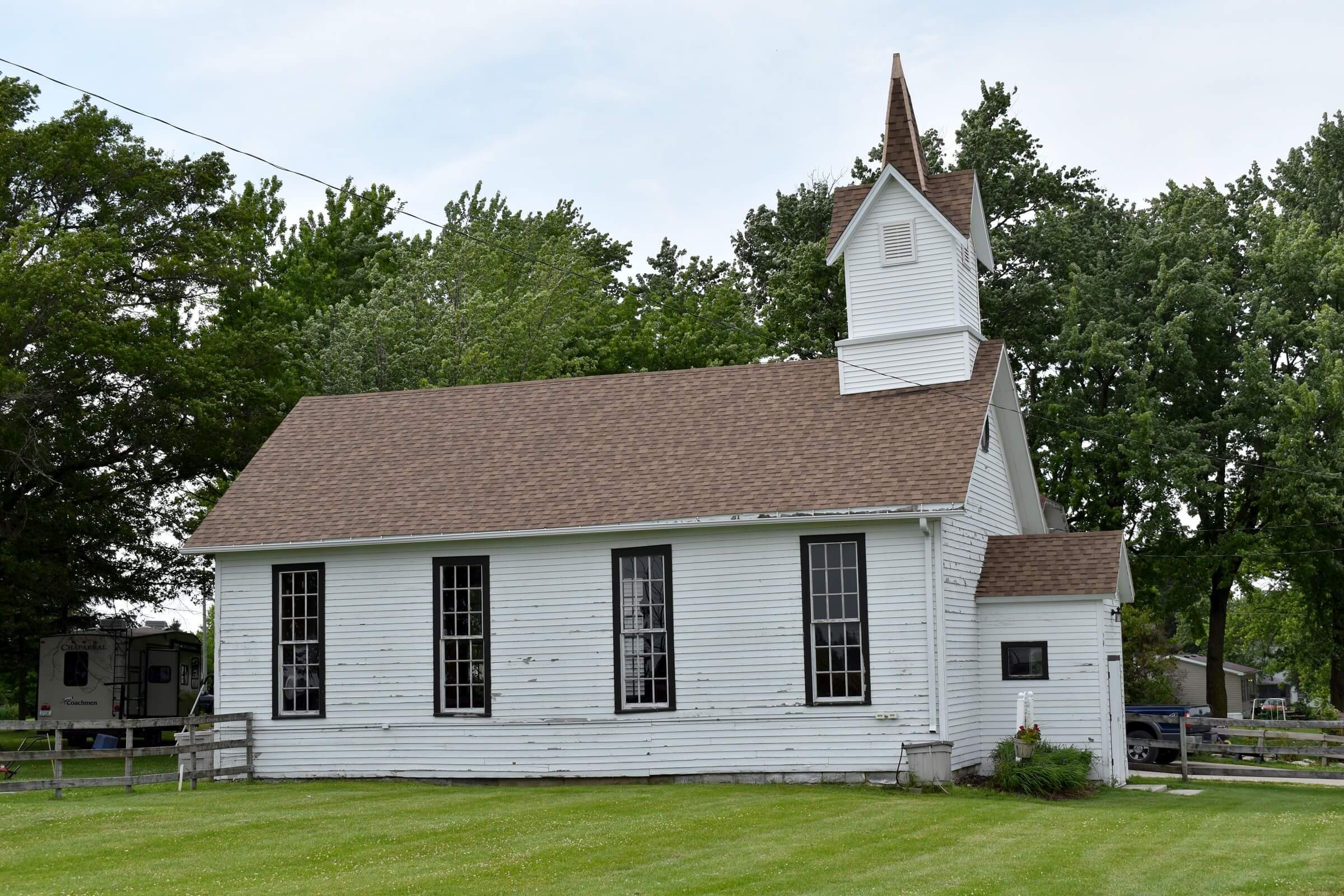 The Advent Christian Church, located at the gates of the Burr Oak Cemetery, was purchased by the Laura Ingalls Wilder Park & Museum in 1997. While it is not the church the Ingalls attended, it is significant in that it was built during the time the Ingalls lived in Burr Oak from 1876 – 1877. Laura would have watched the construction of this church, as she and her friend walked to the cemetery on Saturdays.

Reverend John Ridley first served a church congregation in the fall of 1876, but they had no permanent place to worship. In March of 1877, plans were made to build the Advent Christian Church. Work began in June of 1877. During that summer, revival services were held in a 50 foot circular tent to help defray the costs of the building. The church, chairs, stove and chandeliers were dedicated in January 1878, with 95% of the building costs paid for. The last full time pastor served the church in 1955, and the doors were closed in 1964. It still carries Bible verses and drawings from an earlier time on a chalkboard within the church.

Over the years and through several donations, the church has been restored. If you are looking for a primitive setting for weddings, reunions, meetings or other special events, or would like a tour of the church, reservations may be made by contacting the museum at 563-735-5916.