One day when I came back from an errand that had taken me a long time, I found a new little sister. We named her Grace. Her hair was golden like Mary’s and her eyes were blue and bright like Pa’s. 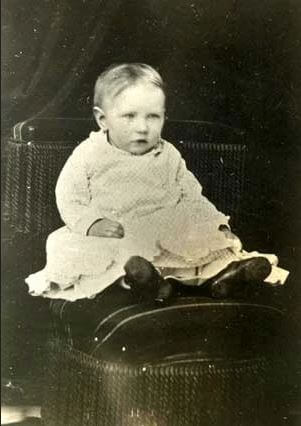 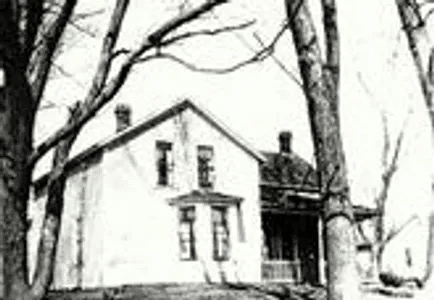 Grace Pearl Ingalls was born May 23, 1877, in Burr Oak, Iowa. She was born in a house rented from Mr. Bisby, after the family had moved out of the Masters Hotel.

Grace is first mentioned on the first page of By the Shores of Silver Lake, leaving the impression that Grace was born in Walnut Grove, Minnesota. Laura left the Burr Oak years out in her children’s books because it didn’t flow smoothly with the story of her family moving west.

After attending school in De Smet, South Dakota, Grace attended Redfield College and earned a teaching certificate. She taught in the Manchester, South Dakota area where she met a farmer, Nathan Dow. Grace and Nathan were married on October 16, 1901, in Ma and Pa’s parlor in De Smet. Grace was 24 and Nathan was 42.

They made their home on the Dow farm, not far from Manchester, and never had any children. They rented their farm out and moved to Oregon, thinking the climate would improve Nate’s severe allergies and asthma. After Pa Ingalls passed away in 1902, they lived with Ma and Mary in De Smet. When Ma passed away in 1924, Grace and Nathan took care of Mary in her De Smet home until Mary moved to Keystone, South Dakota to live with Carrie.

Grace remembered the Dakota wildflowers, and shared her memories with Laura in a correspondence between the two of them. Grace kept a diary as a young girl which mentions events that took place in the First Four Years. The diary has been published in The Story of the Ingalls by William Anderson.

Grace was not only a housewife and school teacher, but a talented journalist, writing for a magazine and local newspapers. Grace and Carrie both contributed to the 50th anniversary edition of “The De Smet News”. Grace was also a correspondent for the "Huronite".

During the late 1920’s, farm prices were low and during the Dust Bowl Years in the 1930’s, Grace and Nathan had financial difficulties. They were renting their farm out at the time and were depending on the rent for income. Their health was declining and they rented a small house in Manchester. Harvey Dunn, Nathan’s nephew, and others helped Nathan and Grace financially.

Grace was diagnosed with severe diabetes in 1932 at a hospital in Huron. Carrie came to visit Grace and brought Laura’s newly released book Little House in the Big Woods.

Grace passed away at the age of 64 on November 10, 1941, in Manchester, South Dakota, from complications of diabetes. Grace had been active in ladies aid and club work. She held the respect of her community, and was considered a devoted and loving wife.

Nathan Dow passed away May 13, 1944, in Manchester and is buried next to Grace in the De Smet, South Dakota, cemetery